Today it's the fifty-second anniversary of the Vajont Dam DIsaster. The Vajont Dam was one of the most daring civil engineering projects in the world back then. The dam, designed and constructed by a private energy company, the Società Adriatica Di Elettricità (SADE), was built on the basis of a wrong early assessment of the geology of the valley. The company then turned down or hid any evidence that could perjudice the successful completion of the project that was later found by independent geologists, even the obvious signs of upcoming disaster just a few months before the tragedy struck. Later investigations found that the private company was in a rush to maximize its returns when transferring the operations and assets of the dam to the newborn national electricity monopoly ENEL, at the time the production and distribution of electricity in Italy was nationalized.

On the night of October 9th, 1963, at 22:39, a mass of two hundred million cubic meters of solid rock, dislodged over the months by the changes in the aquifer caused by rapid changes in the level of water in the dam, eventually disconnected from the underlying mountain Toc, and fell into the dam, which had just been filled to the brim, with the goal of complete testing of the structure and put it in production.

As a result, nearly two thousand people were killed by the twenty million cubic meters of water which overflew from the lake, and either washed the sides of the valley up to tens of meters above the surface, or poured into the valley downstream destroying everything in the range of kilometers. The villages of Erto and Casso on the sides of the valley, and Longarone at the base of the dam were the most hit. 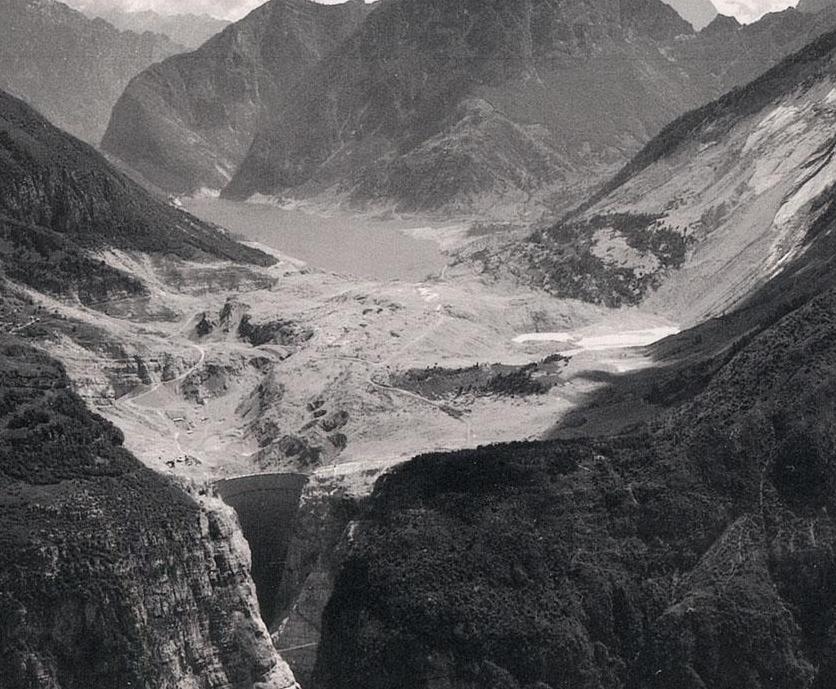 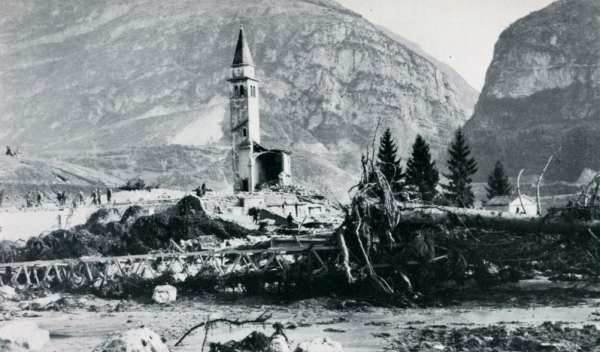 The tragedy put somehow an abrupt end to a grim story lasted more than ten years of compulsory purchase of land, and unsettlement of people who had lived in the valleys for generations.

I first learned about the tragedy through the books and the shows by the mountain guide, sculptor and writer Mauro Corona, who lived in Erto and survived the disaster. The Italian comedian Marco Paolini ran a heart wrenching show guiding the audience through the entire story from the very beginning (in Italian). I find it a great tribute to the victims